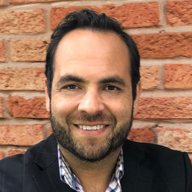 Born to Mexican immigrants in Chicago, Jaime was raised in one of the most diverse communities in America, southwest Houston. Here he grew up learning to appreciate and empathize with cultures and perspectives from around the world. This experience would allow him to flourish in community engagement and politics—an unlikely career path for the son of an uneducated roofer and janitor.

As a fundraiser for Pat Strong at Strong Strategies, Jaime was able to participate in as many as 11 individual campaigns in a single cycle. Fundraising allowed him to learn at the foot of top local consultants, strategists, and officeholders. Jaime forged relationships with allies from, neighborhood leaders to national political consultants and Democratic leaders across Texas. Some former and current clients include Senator Carol Alvarado, Harris County DA Kim Ogg, Sisters United Alliance, Rep. Christina Morales, Houston CM Karla Cisneros, Ft Bend DA Brian Middleton, Latino Democratic PAC, Houston Black American Democrats, and being the first Beto for Senate staffer in Harris County.