In Memory of Muffie Moroney 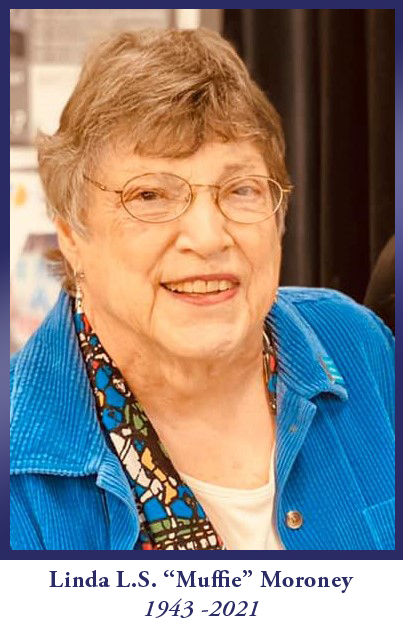 It is with great sadness and a heavy heart that we announce the passing of our dear friend and board member, Linda L.S. “Muffie” Moroney.

Muffie was a warrior for justice her entire life, arm in arm with fellow warriors like Ann Richards, Molly Ivins, Sarah Weddington, Sissy Farenthold and too many to name – all of whom just tried to keep up with Muffie.

​Muffie was a lawyer, a professor, and even worked for the National Security Agency, but her passion was the political empowerment of women. ​She was a tremendous advocate for civil rights, equality and a trailblazer for today’s elected women.

Sisters United Alliance was the product of her passion to transform Texas for the next generation of women. Muffie not only served as a board member of SUA but as an inspiration for its formation. In 2015, SUA was cooked up around Muffie’s dining room table with the late Diane Mosier and current SUA President Sherrie Matula. With Muffie’s support and leadership, Sisters United expanded outreach from Harris County in 2016 to 9 counties in 2018 and to 26 counties in 2020. As Muffie would say – Sisters United Alliance defined a lane and designed a campaign suited to that lane – progressive women registered to vote who don’t vote. The expansion to 26 counties was in large part because of her rural county efforts. Muffie grew up on the banks of the Brazos River and never forgot the people of rural Texas that helped form her values. Muffie always knew there were more women like her across Texas waiting to be brought back home to the Democratic party.

We mourn the loss of a friend, a mentor, and a leader of unparalleled spirit with an unfailing moral compass. We know that she died with her boots on and that she now continues the fight for justice and the right to vote in a bigger arena.

With great regret but resolve to carry on in Muffie’s spirit,

In response to inquiries received, if you would like to donate to SUA in memoriam of our dear friend Muffie Moroney, please click here.