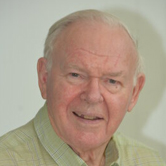 Leif manages the financial accounts for SUA for which the Texas State PAC titled Women in November serves as the fiscal agent. Leif served as the Harris County Democratic Party Financial Manager from 2002 to 2010

Graduating from the University of California Berkeley, Leif had a career as an engineer, first with the State of California, then with the Bechtel Corporation that afforded him the opportunity to live in other parts of the world including Alaska, Norway, and Canada as well as working on  projects in the Mid-East and North Africa.

Leif's earliest community involvement began with serving on the Board of Directors of the Consumers Cooperative of Berkeley, engagement with several environmental groups in California, Alaska and Texas, and, since retiring, extensive involvement with the Harris County Democratic Party including working for several political campaigns.